Colder weather works its magic on home-grown roots and brassicas and Spanish growers come into their own with cracking salads and citrus. 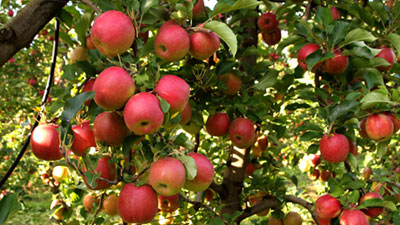 Stone fruit and berries from the UK and the rest of Europe are pretty much over but there’s a fantastic range of orchard fruit from growers on both sides of The Channel. Apples, pears and quinces are all absolutely tip top this month.
There’s a splendid range of British apples including the first Braeburns, the last UK variety to be harvested. There’s Conference and Comice pears from British growers and Williams from mainland Europe. Quinces are mostly from Spain, Southern France and Turkey but you may find a few home-grown.
The European Pink Lady apple season starts this month. This iconic apple is hugely popular and its quite remarkable success is due in large part to its exceptional sweetness and very crisp flesh. The Pink Lady is the first European apple to blossom but one of the last to be harvested, soaking up sunshine for at leat 200 days makes all the difference. 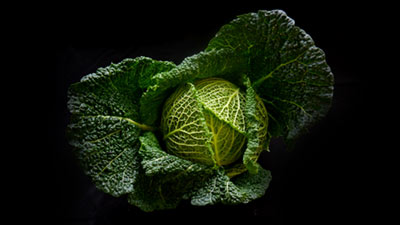 After an unusually warm October the weather seems to have returned to normal and there’s even been a smattering of frost. We like frost because roots and brassicas respond to colder weather by upping their sugar levels, a sort of inbuilt antifreeze. The increased sugar levels make them even tastier so that old story about parsnips tasting better after a frost really is true.

Currently there’s a terrific range of roots and brassicas and they’ll be around for the next four or five months.

On the brassica front there’s Savoy and January King cabbages, all manner of Kales including Cavolo Nero, Brussels Sprouts and Purple Sprouting.

Generally excellent value, very versatile and quite delicious, brassicas and roots are key ingredients for all your winter menus. 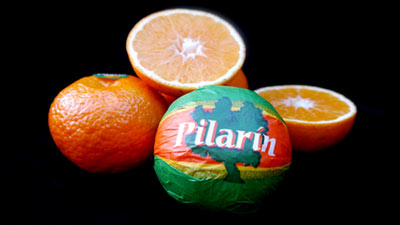 The European citrus season really gets going this month and if all goes according to plan then there should be plenty of top notch, sensibly priced citrus all through the winter. Spain is the major player here, particularly the Valencia region, but we will see some fruit from the rest of southern Europe.

Currently Spanish growers are sending us Satsumas, some early varieties of Clementines, Lemons and Navel Oranges. There’s also limited supplies of Bergamot from Calabria in Italy, a few days notice needed to order in this esoteric citrus..

Blood and Seville oranges, the other two stars of the winter citrus season, usually start after Christmas. Something to look forward to. 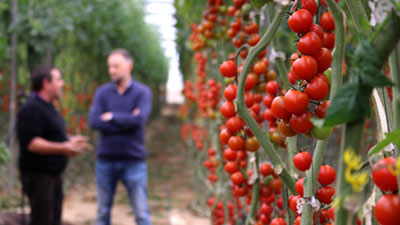 As you would expect colder weather marks the end of the end of the British salad season along with rather more sensitive produce like tomatoes and courgettes. To see us through the winter we look south to warmer climes, principally Spain and Southern France.

Until next Spring produce like courgette, cucumbers, peppers, celery, salads and tomatoes will mostly be coming from Spanish growers.

Farms in Southern France will be our main source of salad heads like lollo and oakleaf as well as some frisee (the rest from Spain). Provided we don’t get a repeat of last year’s perfectly ghastly weather (floods and freezing) all should be well through the winter. Do keep an eye on the weather though and probably wisest to have a back up menu plan in reserve just in case. 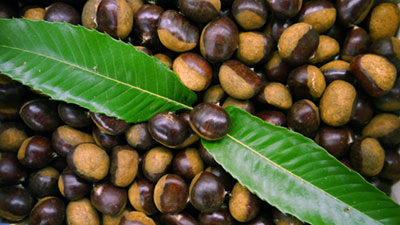 Plenty of excellent Pomegranates and Custard Apples coming in from Spain, a splash of exotica for your winter menus.

The Turkish Fig season is over. It’s airfreight only, mostly from Brazil. Inevitable rise in prices.

The European Chestnut crop has been devastated by combination of poor weather and disease. Expect limited supplies and price rises. Vac-pac chestnuts like the Ponthier brand will be affected.

European Melons are at an end and supplies are now all from the southern hemisphere. Keep your eye on prices. 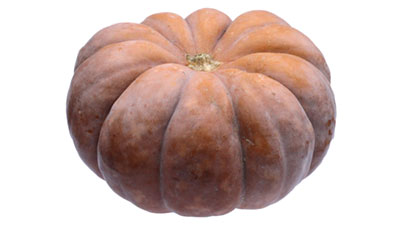 We may be post Halloween but there’s still a fantastic range of home-grown squashes from growers right across the UK which offer real quality and value. An absolute must for all November menus, in fact for menus right through the winter.