The Total Produce Market Report May 2017

That wonderful sense of anticipation as we teeter on the edge of the most bountiful time of the year. 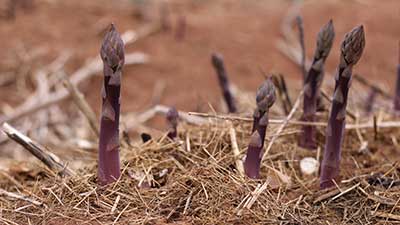 The British asparagus season is officially underway and there seem to be pretty decent supplies coming in from growers right across the UK, terrific news.

Asparagus growth is very sensitive to temperature. If it drops below 10C then asparagus simply stops growing. A sudden cold snap can really limit supplies till it warms up again.

Regular green asparagus is by far the most plentiful but there are limited supplies of home-grown purple and white varieties.

Purple asparagus is best eaten raw or cooked very lightly so it maintains its colour. It has a rather interesting flavour that reminds many of fresh peas.

Wye Valley White is the UK’s only commercially grown white asparagus. It’s grown at The Chinn family farm near Ross On Wye using traditional methods like earthing up. This makes it very labour intensive to harvest which is reflected in the price.

The British asparagus season, the last of the European harvest, traditionally finishes on Midsummer’s Day 24th June. After that the only asparagus available will be flown in from the Southern Hemisphere, mostly Peru. 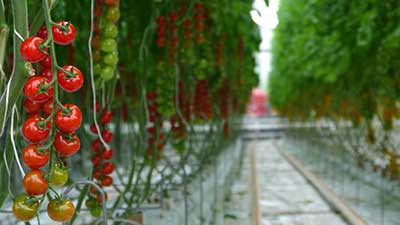 Supplies from Spain, so important during the winter months, are on the final furlong and we’re moving on to new season produce from further north, mostly grown in Britain and Holland.

British outdoor salads, leaves and heads, will be particularly good value all through the summer as long as the weather holds. Prices of produce grown undercover – tomatoes, cucumbers, peppers, aubergines etc. – won’t fall quite so dramatically but there will be a noticeable improvement in consistency and quality. Spanish growers haven’t had the easiest of seasons.

It’s British Tomato Week this month (22nd to 28th May) and there’s much to celebrate. There’s already a wide range of excellent tomatoes from growers right across the UK and this will only improve. British tomatoes have never been better or more diverse, a real menu must for the next six months or so. 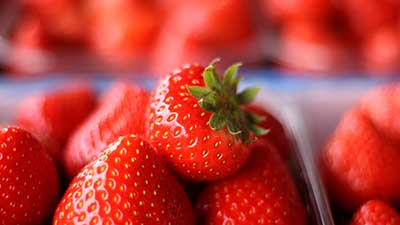 There’s already a trickle of early British strawberries and raspberries and supplies should start to increase towards the end of the month. It’ll be June before British berries really get going though and that’s when we’ll see the first gooseberries and blueberries.

If you want the very best in berries then hang on for home-grown. 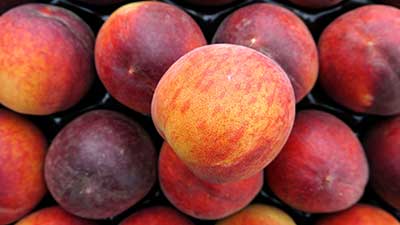 There’s already some new season stone fruit coming through, mostly from Spain. Word is that we’re in for a pretty good season although prices may not be as low as they have been in the past, the exchange rate is against us.

We’ve already seen some white and yellow fleshed peaches and nectarines, flat peaches, apricots and even a few cherries. We’ll see more and more as the month goes on and, as we move further into the season, stone fruit will get riper, tastier, juicier and less expensive.

Lots of new potatoes this month. Jersey Royals are plentiful and keenly priced as are Cornish New. We’ll be seeing more and more regional varieties towards the end of the month like the quite wonderful Ayrshire Epicures.

Check with your local depot to see what they’ve dug up. 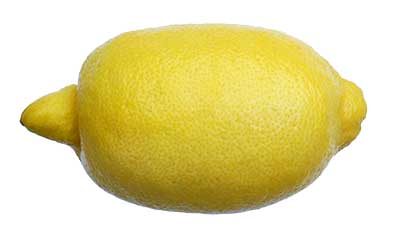 Spanish lemons are coming to an end as rapidly dwindling supplies of the Primofiori variety give way to Verna which finishes the season. After that it’s onto supplies from the Southern hemisphere till Spanish citrus starts again in early autumn. Expect to pay quite a bit more for lemons all through the summer. The exchange rate is affecting the price of all imported produce as is growing demand from emerging markets like China, Russia and India. 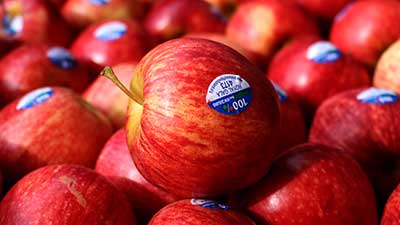 Stocks of European apples and pears, stored from last autumn’s harvest, are running low and will soon be gone. Time to move on to new season top fruit from the Southern Hemisphere that will see us through the summer. Inevitably prices will rise but quality is generally excellent, you wouldn’t  bother sending rubbish half way round the world, and because most of their journey is by boat the impact on the environment is kept to a minimum. There’s a wide range of varieties so check with your local depot to see what they’ve got.