June is bustin’ out all over and there’s a plethora of produce from growers both at home and mainland Europe. It is a fantastic month for fresh produce and if you’re in the business of writing menus then June means you’re truly spoilt for choice.

June is bustin’ out all over and there’s a plethora of produce from growers both at home and mainland Europe. It is a fantastic month for fresh produce and if you’re in the business of writing menus then June means you’re truly spoilt for choice. 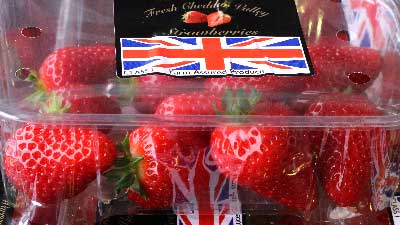 British strawberries really come into their own in June. Growing strawberries is one of the things that we do really well in this country and this jewel in our culinary crown should be featuring on menus right across the UK. Home-grown raspberries are very bit as wonderful and the first green gooseberries are already trickling in. We should see the first home-grown blueberries and red gooseberries later this month and maybe a very early currant or two.

Many of our depots get their berries direct from local growers which keeps picking to plate time to the absolute minimum. This means that fruit can be picked riper than usual so it’s even more delicious. 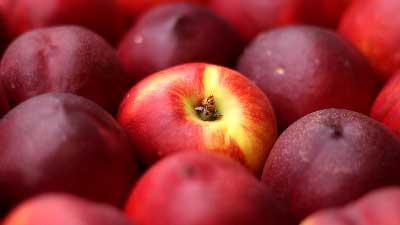 We’re already getting plums, cherries, apricots, peaches and nectarines (both round and flat) from Spanish growers and stone fruit from France will be along shortly. As we move further into the season quality and flavour will get even better and prices will ease. As ever stone fruit will be very decent value all through the summer but it may not be quite as cheap as in the previous few years. The exchange rate is against us and there’s increasing demand from other countries. It’s important to keep this in proportion however, in terms of cost per dish it’s only a few pennies more. 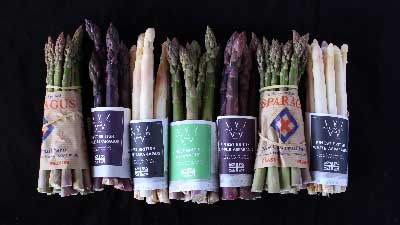 The British asparagus season officially ends on Midsummer’s Day, 24th June. It may well be before that this year, the season started early and supplies are already tightening up.

British growers have to stop cutting in midsummer so that the remaining asparagus spears can grow on into fern. This fern then absorbs the rest of the summer sunshine, converts it into carbohydrate and feeds it into the root system or crown where it’s stored to fuel next years crop. Unless the harvest stops at the end of June there won’t be a crop next year.

Once the British season is over the only asparagus available will be from the southern hemisphere, mostly Peru. It comes by airplane and it is expensive. Unless you’ve got very deep pockets do be ready to take asparagus off by the end of the month at the latest. 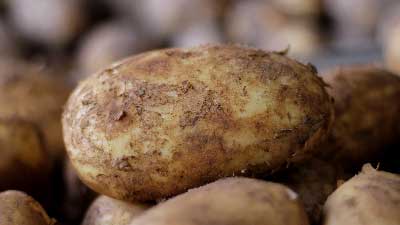 There’s a wonderful range of new potatoes from growers right across the UK, check with your supplier to see what’s local to you.

Not such good news on the large potato front. These are still all stored from last years harvest, supplies are running low and prices are pretty firm. This will start to change in about a month or so when the first of the larger spuds, or second early varieties, will be harvested. These will include our old favourite the Marfona. 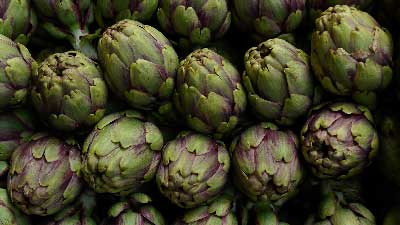 There are some fantastic artichokes coming in from Brittany in Northern France. There’s larger globe varieties like Camus and the smaller (duck egg sized) Petit Violet. The Petit Violet are currently excellent value and if you are thinking about preserving artichokes then this is the month. Always check with your supplier first, the Brittany growers operate a daily Dutch auction system so prices can occasionally spike. 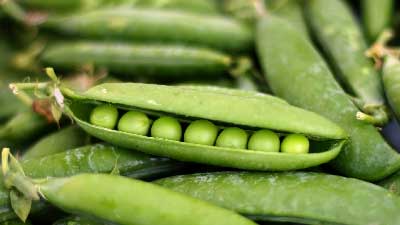 The first British peas and broad beans are here. Absolutely at their best this month. Small, tender and sweet.

Home-grown bunched beetroots and carrots are coming through at last, delayed by the very dry April.  Particularly impressive are bunches of small, mixed colour carrots that are often called ‘Heritage’.

There’s terrific range of summer cabbages including the wonderful Sweetheart or Hispi. Sweeter and more tender than their winter cousins these lovely brassicas are every bit as good raw as they are cooked. 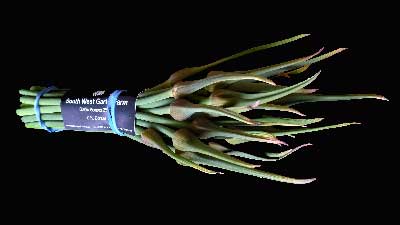 June is the month for garlic scapes and the season is underway at The South West Garlic Farm in Dorset. Scapes are the flowering stem of hard necked garlic and the season is very short, round about four to six weeks, so don’t miss out. Supplies are limited and your depot will probably need a couple of days notice to get them in for you. 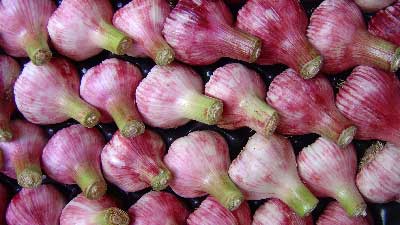 We’ve had wet or green or new season garlic from Egypt since about March but this month sees the first of the new season wet garlic from France. Some of the fancy purple varieties that are packed in trays can be pretty dear but the LKL brand that comes in 5kg nets is excellent value, even cheaper than the Egyptian. Get some in and let it fill your kitchen with its glorious aroma.