After a very difficult couple of months it really does feel like the worst is behind us and there’s a lot to look forward to. The first early spring produce is arriving and supplies from growers in Southern Europe are much improved. 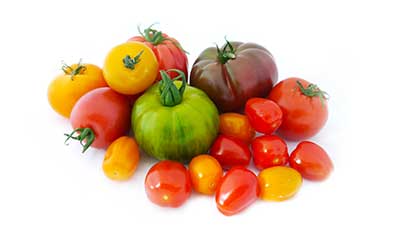 Reasons To Be Cheerful

After a very difficult couple of months it really does feel like the worst is behind us and there’s a lot to look forward to. The first early spring produce is arriving and supplies from growers in Southern Europe are much improved. There’s more and more produce coming through and prices are nowhere near as steep as they were.

Cos, celery and peppers are still costing a little more than you would expect at this time of year but other Spanish produce like tomatoes, aubergines, courgettes and iceberg are all much more sensibly priced.

This is the month when we start moving on to new season salads from Dutch and British growers and that’s really going to help get things back on track. There’s already a few early British hothouse cucumbers and little gem and the first British tomatoes should be along by the end of the month. 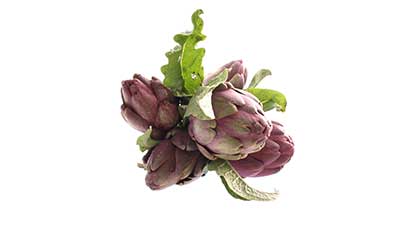 Early broad beans and peas from Spain, Italy and Morocco. Limited supplies and still fairly dear but a good indicator of what’s to come.

There’s still some terrific citrus around including Nardocott clementines from Morocco and oranges from Spain and Egypt. March is usually the last full month of the blood orange season so make the most of them.

Italian Monk’s Beard or Agretti should just about see the month out. This year marks the twentieth anniversary of Monk’s Beard being officially declared Next Big Thing. 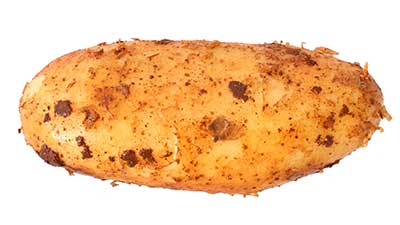 The first spring crop Cyprus potatoes are here. With its distinctive oval shape, red soil stained skin and excellent flavour the Cyprus is a remarkably versatile spud that can do just about anything. It’ll roast, mash, puree, chip, bake and boil. Not the cheapest potato you’ll ever buy but certainly one of the best. 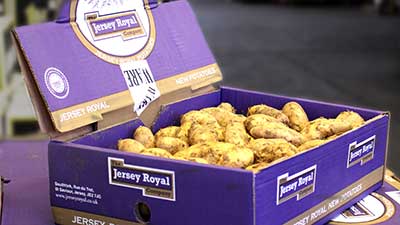 A few early Jersey Royals are trickling in. These are tunnel grown so they’re not cheap but still an affordable luxury. Prices will drop quite considerably when we move on to the outdoor crop, usually in mid April.

There’s some very decent new season Maris Piper mids from Israel. These are proper scrapers,  you can push off the skins with your thumb. A real new potato that won’t break the bank. 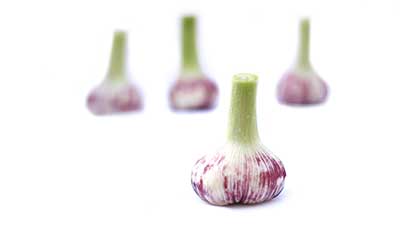 Wild Garlic or Ransoms, perhaps the most popular of all foraged ingredients, has started. All over the UK our chaps will be leaving their depots and heading off to their favourite secret shady nooks to hunt down this delicious wild leaf for you. The Wild Garlic season is short, usually just a couple of months, so make the most of it.

The first of this year’s wet or green garlic is coming in from Egypt. This is freshly dug garlic and is completely different to the dried stuff that we get for the rest of the year. It has soft, pliable skin and juicy cloves. The flavour and aroma is quite glorious, it will fill your kitchen. It has a wonderful sweetness particularly when cooked, with none of that throat catching acridity that dried garlic often has. The season usually runs till about August, after Egypt we move on to supplies from Italy and France finishing the season with the UK harvest.

Black garlic from the South West Garlic Farm in Dorset. Garlic grower Mark Botwright makes this wonderful ingredient at his farm near Bridport. It is in a different league to the mass produced stuff that is mostly imported then re packaged over here. Artisan is a much abused word these days but it really does apply here. 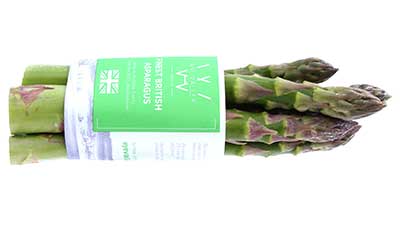 The first British asparagus from the splendid Wye Valley will be with us this month but the season won’t really kick in until St George’s Day, 23rd April. Until then supplies will be very limited and, as you would expect, prices will be high.