Yorkshire Forced Rhubarb and Blood Oranges are this month’s key ingredients but dreadful news from Spain may make you rethink your January menus. 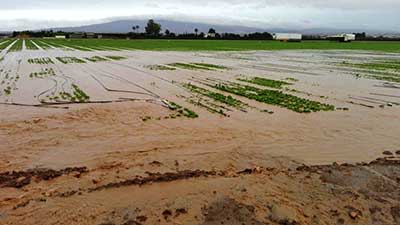 Over the winter an awful lot of our fresh produce, in some cases as much as 80%, comes from growers in Spain particularly two regions in the south and east, Murcia and Valencia. During December both these regions suffered catastrophic flooding and a great deal of produce was lost. In the week before Christmas more rain fell in four days than they would normally expect in a year.

Salad heads and leaves are probably worst hit, about two thirds of the current crop were destroyed by floods. Tomatoes, cucumbers aubergines and peppers have all been hit hard as have supplies of celery, broccoli and courgettes.

There’s problems with other less obvious produce too. A lot of herbs and most of our frisee come from Spain during the winter and crops of both have suffered badly.

At this time of year there isn’t really much in the way of alternative sources of supply. There’s tomatoes and peppers from Morocco and salads from the South of France and Italy but nowhere near enough to fill the gap particularly as both France and Italy have been hit by freezing weather in the past week.

There are some problems with Spanish citrus fruit but the situation is nothing like as desperate as it is with ground grown crops. Citrus problems generally have more to do with flooding preventing access than damage to the fruit. 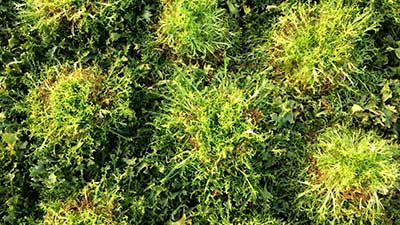 Obviously this is going to have a huge impact on fruit and veg supply and you may well want to start rethinking your current and upcoming menus to take all this into account.

As is so often the case it’s mostly home-grown produce that offers the best combination of quality and price at this time of year. Here’s a few ingredients that offer decent value.

Brassicas: Savoy, January King and Tundra cabbages. All Kales including cavolo nero and purple sprouting broccoli. Currently cauliflowers and romanesco are decent value but the predicted big freeze could change that overnight.

There’s a still a fine range of British apples and pears available which work equally well in a sweet or savoury context.

Finally new season Hispi or Sweetheart cabbage is well worth considering. A delicious vegetable cooked but, like so many brassicas, equally delicious raw. 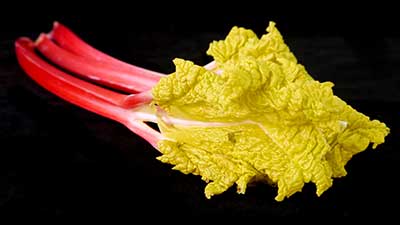 The Yorkshire Forced Rhubarb season has started, nearly a month earlier than last year. That’s because last year’s winter was unusually mild and Yorkshire Forced needs a good dollop of sub zero temperatures to converts its carbohydrate content into glucose. This is what will fuel growth once the rhubarb roots go into the forcing sheds where they rest on cement floors with no other source of food. This is all part of the traditional growing process which has remained unchanged over 200 years.

In 2010 Yorkshire Forced Rhubarb was awarded legally protected PDO status by the European Union. This means it can only be grown in the nine square miles that make up the Rhubarb Triangle and can only be grown using traditional methods.

There are growers outside The Triangle who use other methods in an attempt to produce a sort of faux forced rhubarb. These include soil growing in the dark and applying Gibberellic acid to the roots. The results are simply not the same, Yorkshire forced rhubarb is a truly unique product that cannot be replicated elsewhere. No self respecting January menu is complete without this national culinary treasure. 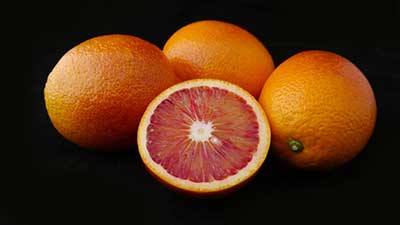 The first of this season’s blood oranges arrived just before Christmas, the Moro variety from Sicily. They were swiftly followed by the first Sanguinellos from Spain.  Colour and flavour are both very impressive for so early in the season, not always the case.

What blood oranges need, and seem to be getting this year, is a combination of cold nights and warm days. This promote the production of anthocyanin, the pigment that give blood oranges their distinctive colour, splendid raspberry like flavour and alleged health giving properties.

The season usually lasts for three or four months so a fine addition to your menus till at least early spring. 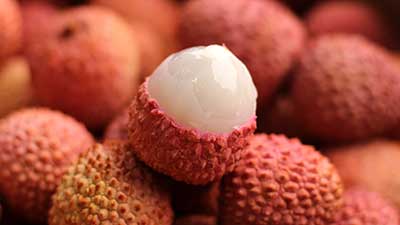 January is usually a bit of gloomy month and particularly so this year with such awful news from Spain. What better time to bring a blast of southern hemisphere sunshine to your kitchen?

There’s some terrific lychees from Madagascar and excellent peaches, nectarines and apricots from South Africa. All of these should be around for the next couple of months or so. 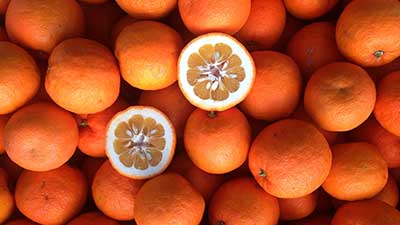 It’s Seville time and these glorious bitter oranges are arriving in quantity from Southern Spain. The Seville season is very short, usually finishing by mid February, so don’t miss out. Sevilles freeze extremely well so you can always put a few aside for later in the year. Sevilles are not just for marmalade, splendid though it is. There’s the classic Sauce Bigarade for duck, Nigella’s no churn ice cream, ceviche, curd, meringue pie, salted like lemons and so on. Essentially they can almost always replace lemons in both sweet and savoury dishes.